Comments on a gun control article from the misinformed.

Home › Latest News › Comments on a gun control article from the misinformed. 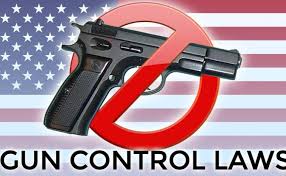 Billy Denton
January 2021
On January 20th, 2021 the Alabama Political Reporter ran an article by MICAH DANNEY  with a topic of, "Gun reform advocates in Alabama warn of dangerous overlap between lax laws, extremists". The article basically shared the thoughts of Dana Ellis a volunteer in the Alabama Chapter of the anti-self-defense movement known as Moms Demand Action. I want to address the misinformation that Ms. Ellis is spreading, whether done on purpose or due to lack of understanding, it doesn't matter. Most of what was written is not true.

The first thing to catch my eye was the misleading first paragraph by the reporter. It is written as if the National Guard being in Washington have anything to do with violent extremists and firearms.  What took place in DC on Inaugural Day might have been planned but not by the thousands of protesters that the left and the media are portraying as "far-right violent extremists". It was a carefully orchestrated planned event to discredit Trump supporters.  It was the radical left Antifa group. The Left has used this as an excuse to call in thousands of National Guard because and the FBI seized the opportunity to make the right look like gun-crazed savages. They said extremists from right-wing groups were planning to come to the inaugural ceremony to cause unrest. There was nothing being planned by the groups the FBI named because I belong to at least one of them and all the people in these groups are patriotic, mostly God-fearing men and women. Of course, the FBI has been caught numerous times as well as the CIA lying. Nearly all the alphabet agencies are corrupt to the core as has been shown by the fact that no one has been arrested from the gun-running corrupt Obama administration,  Benghazi, Russia Gate, Hunter, and Joe Biden, and others guilty of criminal acts. The only real criminals in America are members of the Democratic Party which are no longer my grandfather's party. It is now nothing but the Communist Party with a different name. The press saw an opportunity to make something a few  Antifa thugs caused at the event in DC and spin it into something that would not have happened had Antifa not have been there. The hypocrisy is that  Antifa types have all but destroyed areas in Portland and other cities with the media staying silent. Now on to the subject at hand.

Ms. Ellis states:
"she’s worried that the state is vulnerable to threats like the plot against the governor of Michigan and to the deadly shootings of protesters in Kenosha, Wisconsin".
She should be worried when the leaders of these cities refused to allow police to do their job. I would be more fearful of corrupt mayors and council people than citizens. I am not so sure city officials didn't cause a lot of what went on. But stricter gun laws will only affect the good people of a city that could cause great harm to them if they were disarmed. It will have no effect on a criminal.
She goes on to state, "We’ve not had that happen yet here (Alabama), but the potential is here for that because our laws are so lax."
That is silly. The potential is there to get run over by a car every time she leaves her house but one cannot stop living life because of what "might" happen especially when it has to do with unalienable rights being taken away.

Further, she says that particular concern to her is that Alabama does not require background checks for buyers of firearms sold at gun shows and in private sales.
What are the stats of guns used in crime that were purchased at gun shows? In 2019 the DOJ released this information:
Among prisoners serving time for a crime during which they possessed a gun, about half got their weapons either on the underground market (43 percent) or through theft (6 percent). Meanwhile, 10 percent bought guns from a retail source, including 0.8 percent who bought them at gun shows.
Another 11 percent of the time, someone else bought the gun for them, either as a gift or as a straw purchase (situations I wish the survey separated). Roughly 15 percent got guns from family and friends (buying, renting, trading, borrowing). And 12 percent of the time, the guns were either brought to the crime by someone else or found at the scene.
https://www.bjs.gov/content/pub/pdf/suficspi16.pdf
She goes on to say that the state’s open-carry laws and a national political atmosphere that increasingly features confrontations between opposing groups of demonstrators, leaves plenty of room for people with criminal records or affiliations with extremist groups to show up to tense public encounters armed with high-powered weapons.
This shows she has no idea what she is talking about.
It is against the law now in Alabama to bring a weapon to a protest or a demonstration. It has been the law for many years. I would direct her to Alabama Code Criminal Code § 13A-11-59. Specifically  (b) It shall be unlawful for any person, other than a law enforcement officer, to have in his or her possession or on his or her person or in any vehicle any firearm while participating in or attending any demonstration being held at a public place. Even with a CC permit, it is illegal to bring a weapon to a demonstration. Of course, a criminal will not pay any attention because he does not care about laws. He is a criminal.
She then mentions removing Alabama's "open-carry laws" and would like them repealed. I have to ask what open-carry laws? Alabama has ALWAYS been an open-carry state. There are no laws that permit open-carry and never have been. The only reference remotely connected to open-carry is found in Alabama Criminal Code § 13A-11-7. It says:
(c) It shall be a rebuttable presumption that the mere carrying of a visible pistol, holstered or secured, in a public place, in and of itself, is not a violation of this section.
This was entered into code to clarify the fact that open-carry was, is, and always has been legal. It stopped the occasional harassment from untrained law enforcement officers that saw law-abiding citizens openly carrying a firearm. It was put there for the benefit of those officers and the public who, like Ms. Ellis, do not know the law. Only concealed carry was regulated, illegally IMO but I digress.
Next, she states that her group works as advocates for “reasonable gun laws to promote a culture of gun safety." In other words, her group works for victim disarmament and more infringement laws on a right that clearly says "shall not be infringed".  My challenge to her and her group is how about work toward encouraging schools to teach firearm safety and safe gun handling. How about let's make gun safety classes mandatory in all Alabama public schools. What about bringing back competitive shooting in public schools. I am betting that the end game is not less firearm-related injuries and gun safety but rather complete confiscation because in their world it will end "death by gun". Well, it simply will not! Man's heart is wicked without the Savior and if you take his gun away he will kill you some other way.
And of course, no discussion that comes from the anti-gun prejudiced groups such as Moms Demand Action would be complete without using the term "gun violence".  The left has re-defined so much that means so little but it suits their ant-rights agenda. I have never seen a gun, cause violence. I have seen men and women with black hearts, who do not know the Saviour, and who are prone to their own selfish wants and needs bring violence, and use a gun to do it.  As a matter of fact, they bring violence with knives,  baseball bats, clubs, machetes, bricks, cars, and a host of items. The items themselves of course committed NO violence. It was the sick individual that brought the violence.
My next challenge to these "victim disarmament groups would be to consider getting laws passed to bring Scripture reading, prayer, and real discussion of the root problem of violence. A discussion of, and I dare say it, SIN! Teach young people that sex outside of marriage is wrong and that it is sin. Don't teach a 12-year-old how to put a condom on rather teach him or her how to pray, treat their fellow man with respect, and put God first in all things. Change a man's heart and you will change his character. You will not get there with more social programs, sex education, abortion on demand, or passing out condoms. Teach a man or woman the truth and Jesus said the "truth would set us free".
Also, the article quotes what I felt was a silly racist remark by Makayla Jordan, 17, of Birmingham, a volunteer with Students Demand Action. You could hear the hatred toward white people that have been taught to many children of her generation. Sad to say attitudes like hers are more dangerous than firearms. Those attitudes bring on deep emotional issues that bring slow spiritual death as the poison of hate takes over their entire personalities.
I could say a lot more but I think you get the picture. More gun law has not and will never be the answer to any of the issues facing America.

We invite you to get involved with the premiere gun rights group in Alabama. As we go into the 2021 legislative session we could certainly use your help both financially and prayerfully. Click the button for more information.