Pick up the pieces and plan for the next election cycle 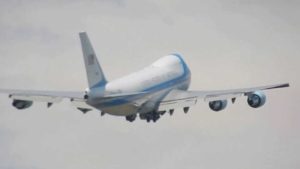 "Coping with the nuances of contradictory ideas or experiences is mentally stressful. It requires energy and effort to sit with those seemingly opposite things that all seem true. Festinger argued that some people would inevitably resolve dissonance by blindly believing whatever they wanted to believe."

That's from a wiki article about a book written to document cult behavior when prophecy fails.  What's it doing here? Well, I posted it because it's what I'm seeing happen.  Very many pro-Trump people (myself included) hoped for various things over the last 4 years. Carrots were dangled before us and we kept hoping to be able to get one.  We didn't get ANY.  Trump got impeached twice.  Did we put Schiff in jail? Nope. What about Hillary? Nope. What about Comey? Or that weasel FBI agent and his agent girlfriend? We were promised to just "trust the plan".

"Wait". "It takes time to set a trap this big". We were told to sit there with our thumbs up our collective asses for some last-minute hail Mary play that would collapse the Democrat's house of cards and put them all in Gitmo.  And what did we do?  We hoped the carrot was real this time (even though it hadn't been every other time), and watched a good man get run out of town by the very same evil clique that fought him every day for the last 4 years. Now that he's officially gone from office, we're being told things like Biden has to do some "thing" to close the trap that was set (there is no trap).  Those who have strung us along are adapting their bullcrap story to keep you hoping for a carrot.

"Cult leaders make fantastic predictions and their adherents believe. When the predictions do not come true, they modify them with explanations of why."

Like Charlie Brown, the football gets yanked every single time and what we were told has never come true.  We shouldn't have believed the fabricated bullcrap then. And we shouldn't believe the modified bullcrap now.  Cult leaders make fantastic predictions and their adherents believe. When the predictions do not come true, they modify them with explanations of why. They give excuses and adjust their story. And only the brainwashed cult members are gullible enough to keep believing that crap.

We can all support Trump. I do.  But we shouldn't believe any Q or anon.  They're full of it.  All their vague hints and placating have been for not. They'll have you believing their crap all the way to the Zyklon B showers.

Stop hoping for something that clearly can't happen.  Pick up the pieces and plan for the next election cycle. Only 8 senators did the right thing.  All the others need to be replaced. The house too. Clean them all out and start over. Do not let an incumbent remain.

Well stated. That sums up exactly what I’m feeling, and honestly, I’m furious with Republican leadership for being so feckless. They think this is a game, yet we the people are here believing this is our lives and livelihoods.

Between Bill Barr, John Durham, Lindsey Graham, Lin Wood, and Sidney Powell, I don’t ever want to hear someone promise to “release the Kraken” or have a bombshell again without it come to reality EXACTLY as they’ve promised. All these people and more lied to us.

My belief is that conservatives/Constitutionalists have to learn from the democrats and begin building leverage over them in every inch of our society. Somehow we have sat back and allowed leftists to seize every industry and institution in our country. We must begin seizing control back.

And as for our state, our leadership must take seriously the existential threat that the democrats are and do everything in their power to marginalize the federal government’s ability to violate the Constitutional rights of Alabamians. Unfortunately, I have no faith in Speaker McCutcheon or Governor Ivey to do the right thing. They should both be primaried.

Brennan, you will get no argument from me. I was told recently by a politician that “you don’t understand how it works”. Sure I do. It means succumbing to the system and giving away one’s integrity.

You’re right. That’s exactly the attitude that caused people like us to vote for Trump. I’m tired of politicians treating us like we’re beneath them, and we couldn’t possibly understand the intricacies of bureaucracy. Like you said, we do get it; we just think the people we elect should have some integrity and truly care about their constituents.

If there is any silver lining to all this—maybe this will finally motivate conservatives to take back the Republican Party and earnestly fight against the democrats. I’m praying every day that God will change the hearts in this nation.

I’m fed up with politicians being more concerned about getting along with other politicians than they are about doing their job for the people who elected them. We understand how it works. The fact that they would even consider saying that is a further insult to us. We expect and demand they support and defend the constitutions they swore an oath to. That would require them to understand those constitutions. They don’t. They were just words. Like rote memorization, they may know the words but not the meaning. Not the intent. They’re disgusting.
As for my little article, I’m fed up with the people who have made promises for no good reason. They either thought they could do something good but were powerless to make it happen, or they knew all along they were lying. If you can’t feed me, don’t promise me lunch. That’s what they did. They made promises they couldn’t keep. I’m also fed up with the number of people who consider themselves patriots but put their faith in baseless claims, some of which are so outrageous you’d think a Sci-Fi screenwriter came up with the scenarios.

Your words are spot on Al.

I’m in 100% agreement with you gentlemens , as the old swaying goes ” words are cheap ” but now is a time for actions.

Agreed, time to act like a statesman for a change!!

I know this is a little off the subject that you are on BUT:
Are you fellows as worried about the Supreme Court as I am? Seems that Biden has thrown down a threat to spoil the court with additional judges if they don’t play his game. Instead of using the constitution. We have a majority why aren’t we using it??? I know it’s just a threat but Roberts seems pretty influenced by threats coming from democrats….

I am absolutely concerned. These evil people are determined to change America and they will stop at nothing to accomplish this. 2021 is going to be a horrible year for the conservative.