The next four years…more attempts at passing gun control 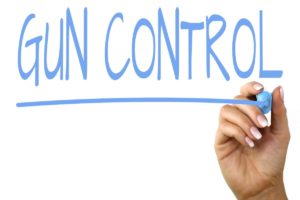 So we have just watched the largest coup in history take place and I am sure that most if not all of you feel the same way as I do. The next four years will obviously be some of the darkest that we have ever seen in American history. Having said that let me say that if you are a Christian this did not take the Lord by surprise and neither is He done by any means. That is an article for another day.

What is coming for the next four years is an illegal administration along with a corrupt Congress that will start attacking our freedoms from every angle. It is obvious that Biden has health issues and will be replaced with Kamala Harris.

Biden and Harris have made it clear that their agenda includes incredibly unconstitutional gun control policies. They will push Congress to pass a number of new laws restricting our right to keep and bear arms. The 117th Congress has already introduced a number of restrictive gun bills by socialists such as anti-self-defense radicals such as Sheila Jackson Lee. Biden Harris will seek to expand the National Firearms Act and push for “universal background checks,”  “red flag” laws, banking restrictions where it pertains to the firearm industry, restrictions on firearms, magazines, and ammunition. All these laws will do is make criminals out of Americans for no reason.

I need not remind you that our rights come from God and not the government. Thomas Jefferson makes clear that natural rights are not a gift of government, to be arbitrarily modified or expunged by the stroke of a pen or will of a tyrant, but instead, belong solely to each sovereign individual. He begins the Declaration by discussing natural rights. He places the origin of natural rights in the “Laws of Nature of Nature’s God,” as well as being self-evident. Natural rights spring from the very nature of man and these rights are “unalienable,” meaning that they can be neither taken nor given away. Any government attempts to infringe such rights would be by its very nature illegitimate. These rights exist, not according to which group or party you align yourself, but belong instead to each individual.

Fighting at the Federal level is all but a lost cause. What needs to happen is Americans need to control the Federal government at the state level. It can be done and done quite easily by applying the 10th Amendment. I do not like to use the “N” word because it makes judges and lawyers that have been educated in corrupt law schools by socialist professors that hate the Constitution…nervous. They have become like reprobate pastors and evangelists who do not really believe that the Bible is the Word of God. They will still stand and quote from it but then attempt to explain away the truth of what it says and means because some godless professor thinks he knows more than God. The courts are full of activists’ judges and lawyers who believe they are smarter than the men who wrote our Constitution. They are not. Their education is case law and precedent and not the Constitution as the Founders intended. While there is a place for both there is no place for either where it comes to the fundamental meaning of the Constitution.

Oh, before I forget…the “N” word…Nullification! Which, as James Madison put it in Federalist #46, we are talking about “a refusal to cooperate with officers of the union.” The states simply refuse to use their resources, i.e. manpower, time, and money to put into effect an unconstitutional federal law or regulation. The founders made it very clear in their writings that it was the state’s obligation and duty to oppose unconstitutional federal law.

You better start now getting prepared. Knowledge is power. Hosea 4:6 “Therefore my people are gone into captivity, because they have no knowledge: and their honourable men are famished, and their multitude dried up with thirst”. Knowledge of the truth should make one angry.

Our state legislators need to pass bills that enact the truths of the tenth amendment and stop kowtowing to left-wing tyrants. They need to pass bills that nullify Federal overreach and make it illegal for law enforcement in this state to enforce gun control. Put penalties and jail time for any officer who helps federal agents, ATF, or any other alphabet agency enforce unconstitutional gun law, which basically is any law that infringes our right to keep and bear arms.

To the legislators of Alabama I remind you of Article 1:26 “That every citizen has a right to bear arms in defense of himself and the State.” Your job is to protect those rights. Stop federal overreach…now!

Below are just a few of the bills that will be introduced by the anti-Americans in Congress.

HR 127 - License to own guns & ammo, mandatory firearm registration, and ban on certain types of ammunition

If any of these are passed I believe these bills must and can be defeated at the state level by refusing to cooperate with union officers. It is called NULLIFICATION!

If you have thought about joining BamaCarry we encourage you to make that move now. BamaCarry could really use your help in 2021.

If you are ready to join the fight here in Alabama, please click this link ASAP and help fund our fight by becoming a member or making a donation.